Todd Williamson wears many hats and the one he wears best is ARTIST.

Todd lives and works in Los Angeles. His work can be seen in galleries and collection around the world. He is an arts commissioner for the city of West Hollywood and on the board of directors for the National Aids Monument to be erected in West Hollywood Park in 2016. ​​ He was named as one of the 2009 Artists to Watch by Art & Living Magazine and was a recipient of the prestigious Pollock Krasner Foundation award grant. He received the “Best Foreign Artist” from Bluduemila Sporte & Arte and two Abstract Awards from Artslant Online, an Artistic Merit from Art 1307-Naples Italy, and the Curators Award from the Micro Museum Brooklyn NY.

Todd’s work will be a part of this year’s ART PRIZE.

What he has to say about art you don’t want to miss! 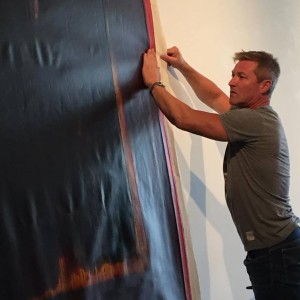